Virtual tuor between the beautiful building in the center of Parma

Parma, elected Capital of Culture 2020, is not known only for good food and for the rich musical tradition. The architectural and artistic heritage is also worthy of attention: palaces, public and private, that populate and enrich the city center.

We love to dwell on the beauty of this real estate, and for this reason we thought of creating a collection of the main city buildings.

Let's imagine that the warm rays of a spring sun accompany us as we stroll through the typical tiny streets of the city center.

We begin our visit from the historic Piazza Garibaldi, where we will undoubtedly notice the Palazzo del Comune, representation of the municipal administration.

The palace was built by Giovanni Battista Magnani, in Renaissance style, between 1627 and 1673, on the occasion of the wedding between Duke Odoardo I Farnese and Margherita de' Medici.

Currently it still retains some valuable works inside, including paintings by Annibale Carracci, Ilario Spolverini and Gervasio and Bernardino Gatti. The Council Chamber was frescoed by Girolamo Magnani and Cecrope Barilli between 1885 and 1886. 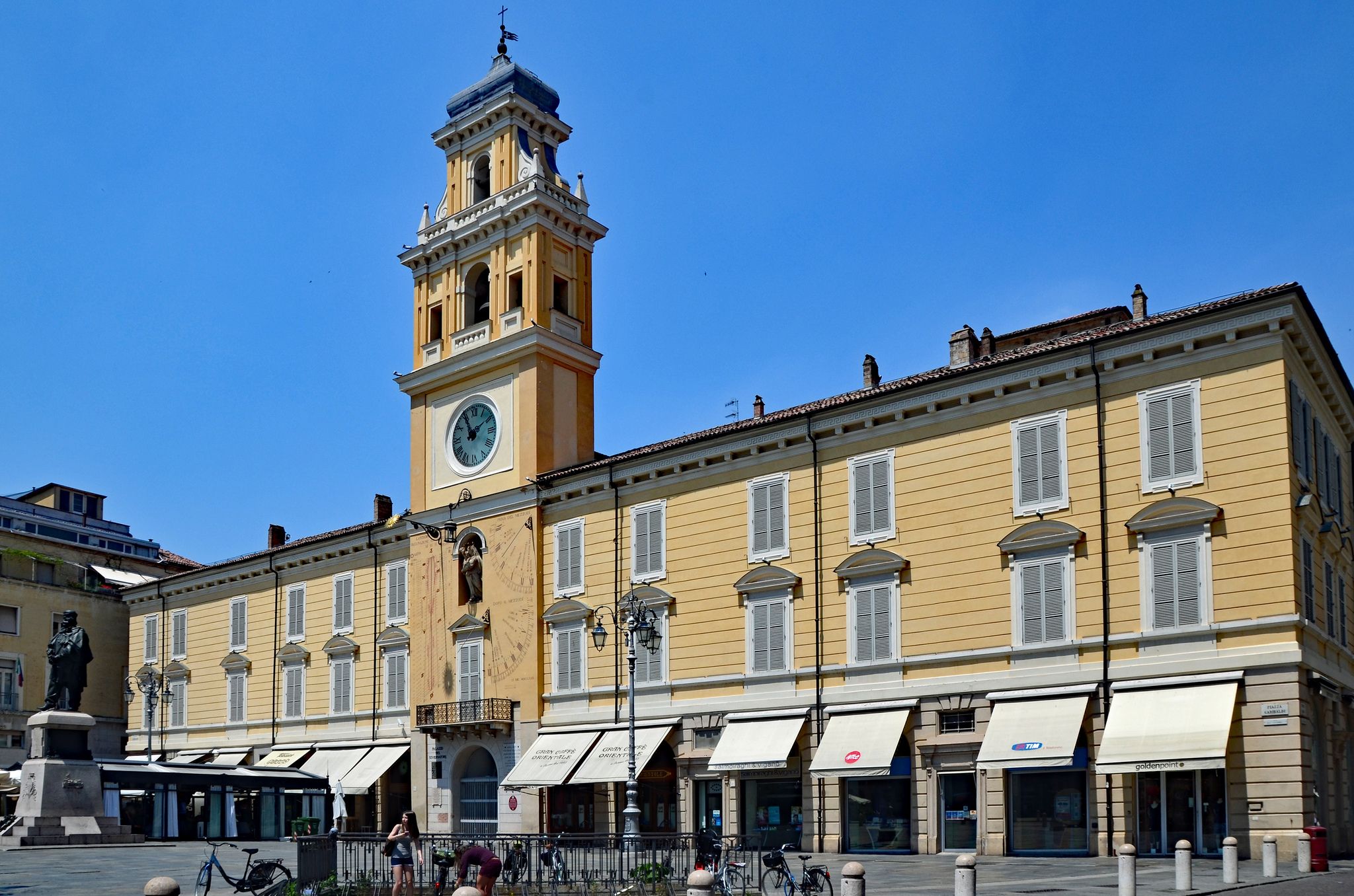 At the side of the Town Hall, stands the Palazzo del Podestà.

It was built between 1221 and 1240, but during the course of the centuries it has undergone various modifications, to then arrive at the twentieth-century restorations that brought to light the medieval facade, characterized by sumptuous three-light windows.

This building was formerly the seat of the Captain of the city and, subsequently, of the Governor, the civil Auditor and other municipal magistrates. Located on the north side of Piazza Garibaldi, it was built starting from the thirteenth century, and then underwent subsequent renovations over the centuries.

Important changes were made in 1606 by Gian Battista Barattieri and later in 1760 on a project by the architect Ennemond Petitot, who built a niche in the central tower where the statue of the Crowned Virgin by Jean-Baptiste Boudard was placed.

It was built between 1912 and 1915 on a project by the Milanese architects Luigi Broggi and Cesare Nava, who rebuilt the buildings in the neo-Renaissance style; the interiors were renovated in 1956.

The palace preserves numerous works of art of great value, as well as precious marble decorations; inside there are the two Council Halls, decorated respectively by the scenographer Girolamo Magnani in 1875 and by the artist Amedeo Bocchi in 1913. 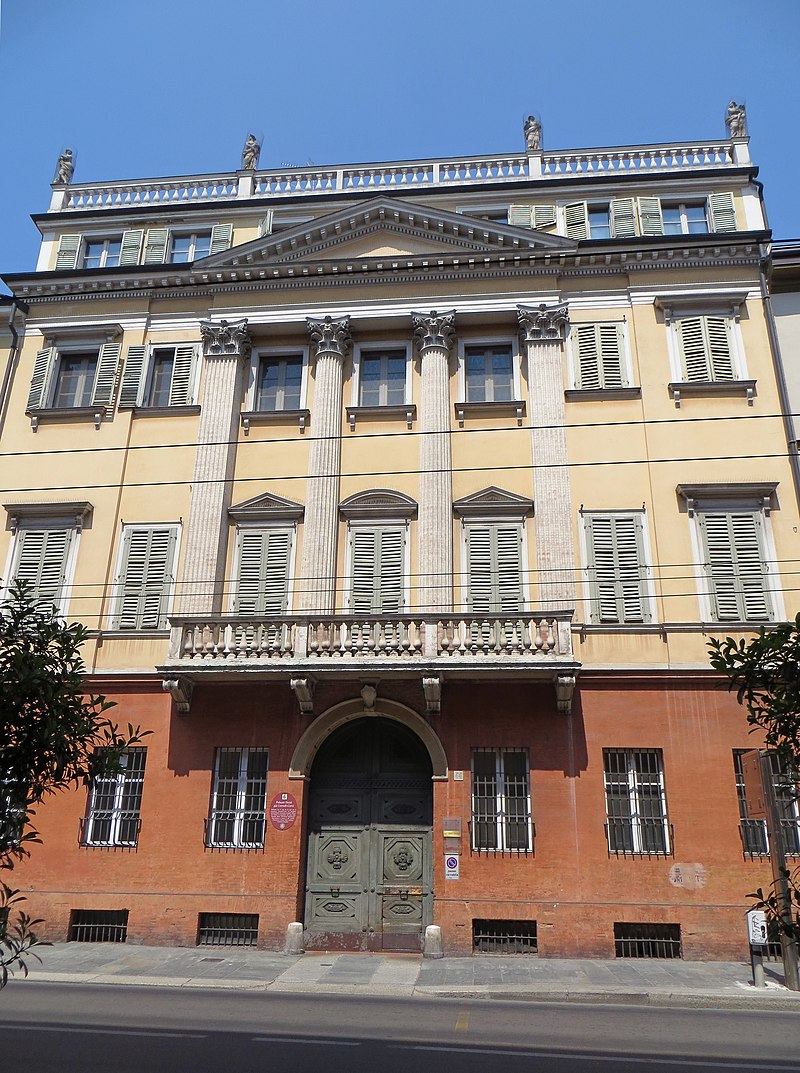 Moving from Piazza Garibaldi to east, along Strada della Repubblica, we will meet a fine noble palace, Palazzo Dazzi, built between 1794 and 1797 by the Parma architect Domenico Cossetti, a pupil of Petitot, at the behest of the Marquis Gian Francesco Corradi Cervi.

It has an elegant neoclassical facade characterized by a balustrade balcony, on which two columns and two fluted pilasters with Corinthian capitals that support the tympanum rise.

Continuing the walk along Strada della Repubblica, we will also cross the noble palace Rangoni Farnese.

It was built in the 16th century by the Cantelli family, who sold it in 1572 to Count Giulio Rangoni, lord of Roccabianca. But in 1690 part of the building became the residence of the Farnese princes, whose coat of arms still remains on the facade. It underwent a remarkable restoration at the end of the seventeenth century on a project attributed to Giovan Battista Barberini and Ferdinando Bibiena.

The portal consists of two telamons that support the balcony, while the interior has an entrance hall and a staircase rich in decorations and stucco figures.

It became the property of the Ducal Chamber in 1762 and is currently the seat of the Prefecture.

Moving towards Piazzale del Risorgimento, we cross the Imperial Palace of the Arena, an elegant neoclassical palace.

It was built between 1158 and 1164 at the behest of the emperor Federico Barbarossa, but was completely rebuilt several times in the following centuries; the last renovation was carried out at the behest of the Duchess Maria Luigia between 1836 and 1847, on a project by the architect Nicola Bettoli.

Since then the building became the seat of the Maria Luigia ducal college, renamed in 1896 Maria Luigia national boarding school. The interior is decorated with frescoes by Lattanzio Gambara, Michelangelo Anselmi and Giovanni Gaibazzi.